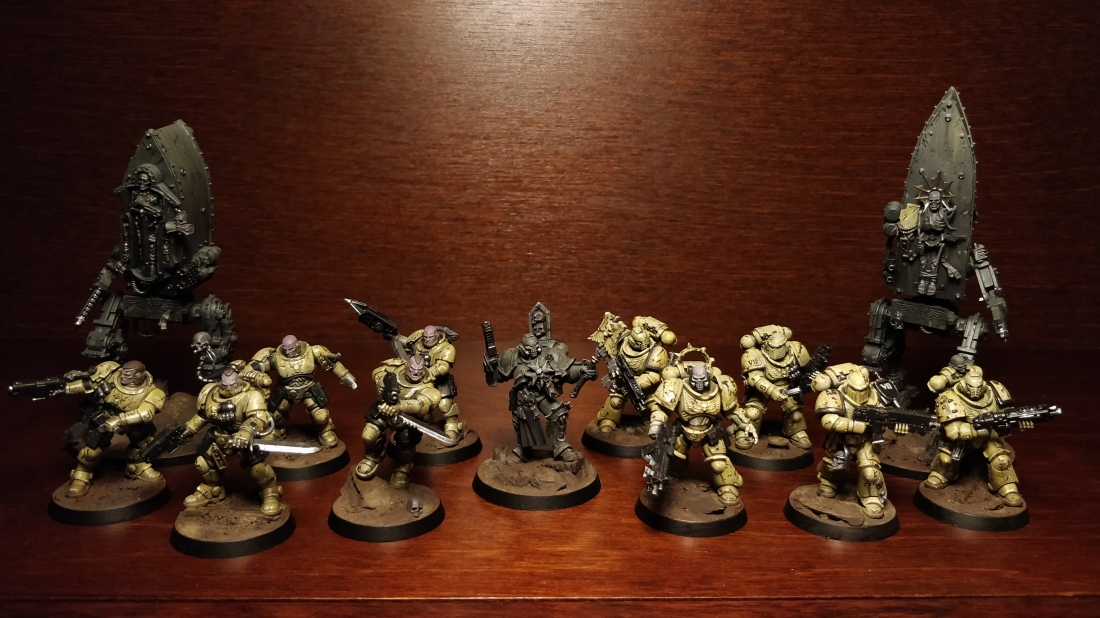 Praetorians of Dorn. Sentinels of Terra. The VIIth Legion.

The very first pic with Alex Boyd illustration on the backround embodies everything you need to know of this. The feeling of the stories rendered in miniatures, unfathomable scale of the 41st millennium, warrior-gods, inseparable union of man and machine.

My latest and largest project to the date. I’am extremely pleased how they have turned out. I also like the feeling that I can trust myself more as a modeller and painter, even when making a larger continent of models.

Neophytes in training. Super dynamic young warriors. The new Reiver models work as perfect basis for Astartes in the making.

Actual pieces — reliquaries — of the Phalanx, unplugged from the cathedral walls, ignited, and ready to march.

In addition to Astartes, I’am going to incorporate elements from the Phalanx as part of the army. Phalanx has similar characteristics that always interest me in 40k: It’s man made behemoth with deep bowels housing anything you can possibly imagine, winding passageways and gothic corridors. Bio-mechanical fusions of man and machine and massive cathedrals, at the same time being fortress-monastery. Only the sky is limit. After this mostly astartes heavy start, I’m going to study Phalanx and it’s non-astartes denizens.

As a tasting of what I mean some WIP shots of Reclusiam engines. Shrines for past warriors, carrying their scrimshawed skeletons. Dataports and connectors on it’s back where it’s attached to Phalanx itself. Armed automata to be released when they are needed once more. Building these was so rewarding. Great practice in realism when building bigger pieces. 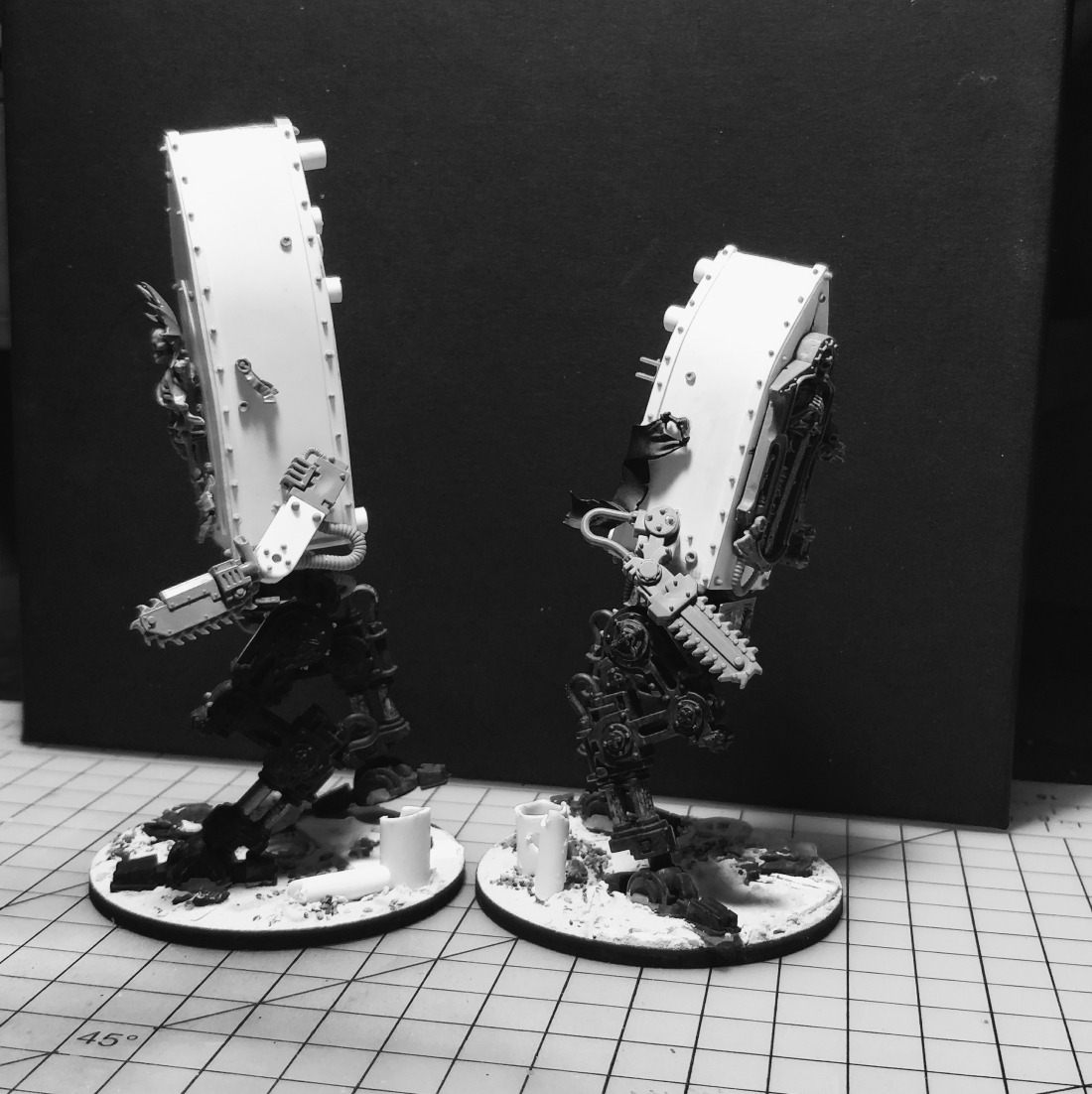 The process continues. I want to retain the aesthetics and feeling I have achieved, and carefully add more and more pieces to the force. Esoteric beings pouring out of the Phalanx, a Dreadnought, servitors to name a few. Mood and look of the army being the key driving element.

I have very serious intentions to actually learn the rule and find same-minded people to play with, hence making this force rules compliant. All tips and tricks regarding that and comments very welcome!

lssslmnn@outlook.com View all posts by Lassi